For International Women’s Day, we’re shining the light on some influential Ivey women: both current students and remarkable alumnae.

Chances are you’ve used Kijiji before. But did you know an Ivey alumna is the brains behind Canada’s most visited classified site? Bannister founded Kijiji Canada in 2005, and later led Kijiji Global. This past fall, she shared her journey with Ivey students at HBA Leadership Day.

Fahie made her way to the top by being confident in her own skin and taking career risks. Last fall, she spoke to Ivey students about a stage early in her career when she was surrounded by male colleagues.

“So many times I heard: It’s a man’s world so, if you want to be successful, you’d better look and act like a man. That didn’t work for me so I never took that advice and, fortunately, I haven’t heard that in many decades,” she said.

From being named the Ivey Business Leader of the Year in 2017, to participating in a roundtable discussion with Donald Trump and Justin Trudeau on advancing women, Hasenfratz has had an influential career. Last fall, Hasenfratz, along with husband Ed Newton and Linamar founder Frank Hasenfratz, invested $5 million to create scholarships for female students in the Western Engineering and Ivey dual-degree program.

Kovitz recently received a 2017 Canada’s Most Powerful Women: Top 100 Award for her work promoting women in tech. #MoveTheDial is an organization with the goal of changing the face of technology leadership in Canada – with a mandate of advancing women in particular.

Swaminathan is both an alumna of the School and the former Manager of HBA Recruiting at Ivey. She currently works for International Justice Mission (IJM) Canada, the Canadian branch of a global organization that strives to protect the poor from violence in the developing world. IJM works to end violence in many forms, including slavery, sex trafficking, and violence against children.

Thé made headlines at Ivey back in 2016 when she founded Developers Without Borders, an online platform that connects technologists around the world with meaningful projects from emerging markets. She received the Emerging Leader in Global Impact Award the same year.

These two MBA students are days away from graduating the MBA Program, but they’ve certainly made the most of their time at Ivey. They both serve as the MBA Women in Management Club Co-Presidents, organizing events, encouraging open discussion with their classmates, and working to promote more women in business.

On the HBA front, Min and Hayre are the current Co-Presidents of the HBA Women in Management Club. The club boasts an impressive roster of events, including a full day conference with guest speakers, workshops, and 100 attendees.

Ling and Chen are dual-degree students (Ling pairing business with Classical History, Chen with Computer Science) so they’re no strangers to busy schedules and heavy workloads. Outside of the classroom, they’ve taken on impressive executive roles in the Women in Technology Society at Western. They’re Co-Presidents of the student club, and are currently hard at work organizing this month’s SheHacks, an all-women hackathon held at Western. 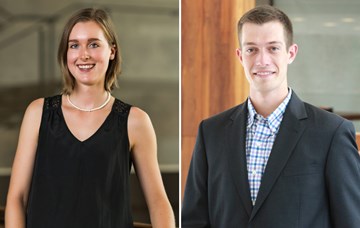 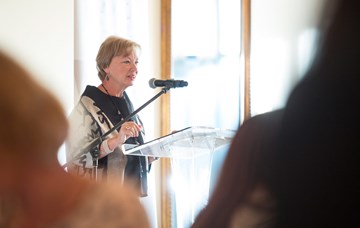 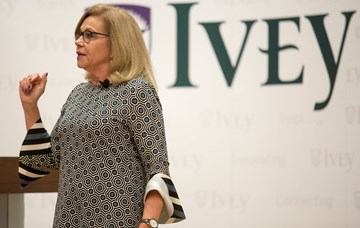