Calling the pandemic a wakeup call, one of the world’s most recognized environmental and human rights advocates called on Ivey students to reimagine their values and the way they’ll do future business in order to save the planet.

“The pandemic is a grim reminder of how interconnected we all are … but the pandemic has also given us a gift. It has given us a pause and a time to reflect on new possibilities and new perspectives,” said Sheila Watt-Cloutier, a Canadian Inuit author and activist who was nominated for the Nobel Peace Prize in 2007 for her advocacy work on the impact of global climate change on human rights. “We know that by not going back to our unsustainable ways there is hope in this world and perhaps you can be part of that movement, as the younger generation, as we move forward.”

Watt-Cloutier was the keynote speaker for the Worldchangers Conference for Ivey’s HBA Sustainability Certificate students on March 12. Organized by Professor Oana Branzei, Director of the Sustainability Certificate program, the Worldchangers Conference is a new event from Ivey’s Centre for Building Sustainable Value (BSV) and one of several extracurricular activities in the certificate program. The conference also included presentations from two other high-profile climate change leaders. One was Jamie Bastedo, a biologist turned storyteller who is author of Protectors of the Planet. The other was Sophia Mathur, a 13-year-old environmental activist from Sudbury who was one of seven young people who sued the Ontario government for weakening the province's climate targets.

During the conference, the BSV Centre also announced the creation of the Worldchangers Awards. The awards will recognize Ivey alumni who are playing a part in making the world a better place through their initiatives, and will be given out during the 2022 Worldchangers Conference. The awards selection committee will be co-chaired by Bella Pick, an HBA ’21 candidate, and Stachen Frederick, an EMBA ’21 candidate, and will also include Ivey faculty and alumni.

Watt-Cloutier told the students Inuit people have been dramatically affected by climate change because they rely on the environment for food and transportation. When ice is not forming as solidly as it should be due to shifts in weather patterns, Watt-Cloutier said the Inuit people lose their mobility because they travel on the ice and snow. She also said that weather-induced coastal erosion in parts of Western Canada and Alaska have caused people’s houses to buckle into the sea. She also described the Inuit people’s reliance on what she called country food; such as marine mammals, caribou, and fish; for survival, and said those food sources are being disrupted by climate change.

“The environment is our supermarket … and when that becomes precarious and dangerous, it becomes an issue of safety and security for us,” she said. “We have a powerful connection to land, to culture, to food, to each other, to our environment, and to the planet.”

Hope for the future

But Watt-Cloutier also told the students that the air and waters began to clear almost immediately after the onset of the pandemic as a result of reduced emissions related to energy and transport, which she said is a sign that it’s not too late to slow or reverse climate change.

“I’ve always wondered when the earth was going to reach its limits, but I didn’t think it would be a virus that would halt so many of our unsustainable activities,” she said. “The pandemic has raised awareness of the importance to reconnect and understand these issues … We are now at a place where we are having to reflect and try to realign and re-engineer and reimagine a way forward.”

She encouraged the students to realign their values with those of Indigenous Peoples, who she said have great respect for wildlife, land, the environment, and the planet; and to try to build sustainable businesses.

“Let’s think outside of the box when it comes to businesses and when it comes to economies because it is so important for us to be rethinking at this time,” she said. “I know it will take time for real change to happen, but you’re that generation. The younger generation is what gives me hope in so many ways.”

Student takeaways from the Worldchangers event

There were many important lessons from the conference. Here’s a look at the takeaways from some of the HBA Sustainability Certificate students.

Sheila Watt-Cloutier
HBA student Helen Schreyer discusses how Watt-Cloutier inspired her to imagine a world run by value-based economies and built on social enterprise, and to remember that there are people who have walked this earth before us who have exemplified sustainable living.
Read the blog on Sheila Watt-Cloutier’s presentation

Jamie Bastedo
In his blog, HBA student Gareth Gransaull writes about how Bastedo encouraged the students to have hope, optimism, and the courage to address environmental issues through collective action.
Read the blog on Jamie Bastedo’s presentation

Sophia Mathur
HBA student Bella Pick shares how Mathur’s story gave her a renewed hope for the future and a clear picture of what the younger generation’s approach to climate change might become.
Read the blog on Sophia Mathur’s presentation 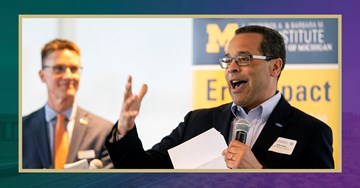 Lessons on the role of sustainability from John Viera 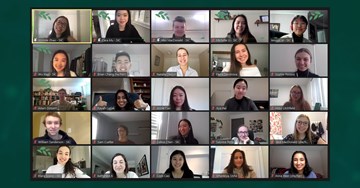 Lessons on integration from the Ivey Social Impact Conference 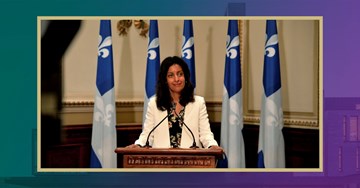