When Paul Okundaye, Gabriel Jacobson, and Noah Klein; all HBA ’19; attended Ivey, they noticed Africa was rarely discussed – and when it was, some people had unfortunate misconceptions.

“Some Ivey students had antiquated views of Africa. They might not be as exposed to what Africa is like, only what they’ve seen on TV,” said Okundaye, who was born in Nigeria and lived there until age 13.

They each individually had cultivated interests about business in Africa and had discussed with each other how they wished they had received more exposure to the continent during their time at Ivey.

While the three alumni were pleased Ivey students have a chance to teach in Africa through the Service Learning in Africa summer course, which is part of the Ubuntu Management Education Initiative, they wanted to keep the momentum going during the school year as well.

“We have these students participate in Service Learning in Africa saying, ‘Wow, this is such a profound learning experience. How can I continue to engage with, learn about, and contribute to Africa?’,” said Okundaye.

In January 2021, Okundaye, Jacobson, and Klein had a lengthy conversation about the socio-economic impact opportunity present in Africa, but also the lack of funding and support for indigenous African businesses. They also discussed how the student-led, pro-bono consulting model had seen great success at many top global business schools, but had not yet been applied to African businesses at scale. So they decided to act and create change.

Enter Ubuntu Impact, a new pro-bono, social impact consulting club co-founded by Okundaye, Jacobson, and Klein, alongside four current students who helped stand up the organization and recently completed the Service Learning in Africa course. The students involved are Kyleigh Stubbs and Niels Hurst, both HBA ’23 candidates; and Thomas Witherspoon and Alexandra Cleary, both HBA ’22 candidates.

Bridging the gap between Canada and Africa

Ubuntu Impact aims to provide African indigenous-founder-led businesses with socially impactful solutions to their most critical issues. This fall, the club is kicking off two consulting projects – partnering with Addis Ababa University for a project with one of Ethiopia’s largest food delivery apps, and Moi University in Kenya for a project with a leading Kenyan AgTech company.

Each project will have a team consisting of four Ivey students and four students from the African university and will be managed by two of the current HBA student co-founders. HBA1s will serve as Project Analysts, while HBA2/3s will serve as the Project Leads. Both projects will be advised by Klein, Jacobson, and Okundaye, as well as Nicole Haggerty, HBA ’89, PhD ’04, Associate Professor and Director of the Ubuntu Management Education Initiative at Ivey. Each African partner university will also have at least one professor advising the students and a client representative to ensure the voice of the customer is adhered to during the iterative consulting process.

The founders’ current goal is to start out with two projects running for 2-1/2 months over the fall semester in Kenya and Ethiopia, and then next semester, or school year, explore any opportunities to expand to some of the other six African universities that Ivey currently partners with for the Service Learning in Africa program.

“We hope to form long-lasting relationships with Ivey’s partner schools in Africa (through Service Learning in Africa) with the hopeful end goal being to have at least one consulting project run with each partner school every year,” said Klein.

Cleary got involved with the club after taking the Service Learning in Africa course. While teaching at Addis Ababa University in Ethiopia, she noticed her students were asking questions about their own startups, their parents’ companies, and local companies in general.

“I wanted to keep working with these students, so I thought this would be a really good opportunity to connect them with the club and offer pro bono consulting,” she said.

Stubbs, who taught at the University of Rwanda, said many of her students reached out to her with entrepreneurial ideas, and the club can help them to further their business education.

“If we can educate them at this age when they are young and ready and willing to work, then hopefully that will allow them to eventually pass on this knowledge to other young people 10 or 20 years down the road,” she said.

A win-win for Ivey and African business students

Jacobson said the club will work under the umbrella of the Ubuntu Management Education Initiative so there can be synergies with students in Service Learning in Africa.

“If we have a group of HBA1s do the course, then they already have a relationship with the African students. Then they can join the club as HBA2s and have the experience of working with organizations,” he said. “The more we do it and the longer it lasts, the better the experience for everyone involved.”

Hurst, who recently taught at Addis Ababa University, said having Ivey and African students work together will help them to learn from each other.

“They’ll teach us about doing business in Africa, and we’ll teach them about return on investment and how to build out financial models,” he said.

Witherspoon, who also recently completed Service Learning in Africa, said it’s a win-win for all involved.

“It’s meant to foster an environment where we get an insight into the African business context and how we can help, while they get access to our knowledge base and resources afforded by Ivey. It’s all about sharing and cross-cultural exchange,” he said.

Okundaye said he hopes the initiative will have long-term impact.

“We hope this can lay the first beam in the construction of a long-lasting bridge between Africa and Ivey, and Canada at large,” he said. “Our intent is to provide full-year, Africa-related programming at Ivey so we can continue to broaden the horizons of HBA students, many of whom will be our leaders of tomorrow. We need them to recognize the opportunity that lies in Africa and we need them to be inspired to go chase it and make a difference.”

Click here for more information on the Ubuntu Management Education Initiative and reach out to iveyubuntu@ivey.ca to contact the organization with any inquiries or opportunities for support. 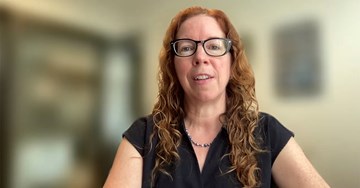 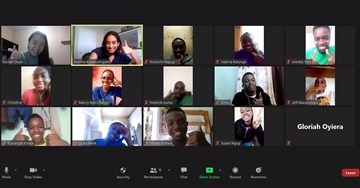 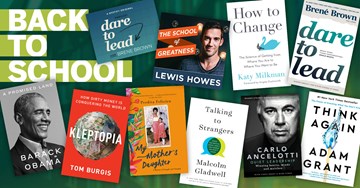