The AIB is the leading professional association of academics in international business around the world and the President’s Award is its top award and given out periodically based on merit.

Beamish, who is an AIB Fellow, received the award at the recent AIB Annual Meeting in Miami, Florida. During the award presentation, AIB outgoing president Jeremy Clegg cited Beamish’s impact in research and case publishing as well as his support for scholars in Africa through the 39 Country Initiative and other workshops and mentoring activities.

Although Beamish is a prolific academic researcher and best-selling case author with numerous awards, he’s most proud of the contributions of the 39 Country Initiative, which provides free business cases and educational materials to the world’s poorest 39 countries. Since its creation in 2010, more than 2,000 professors in the 39 countries have registered for access to cases and hundreds of thousands of copies have been used by their students.

“I am honoured and humbled to receive this award, and pleased that it will bring more attention to the 39 Country Initiative," said Beamish.

Among other distinctions, Beamish has been a Fellow of the AIB since 1997, past dean of the AIB Fellows, and editor of the AIB's flagship journal, Journal of International Business Studies. He is also a Fellow of the Royal Society of Canada, a distinguished group of Canadian scholars, artists, and scientists who are considered the best in their field. 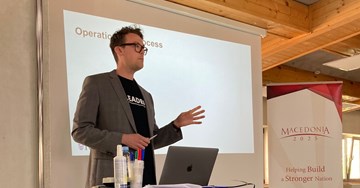 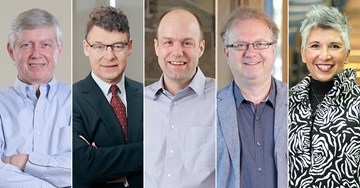 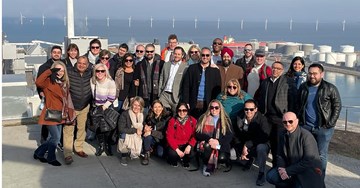