Starting with one small act of kindness 10 years ago, Ivey’s 39 Country Initiative has helped the world’s poorest countries to advance their management education by decades.

Ivey Professor Paul Beamish, HBA ’76, PhD ’84, said he was motivated by poverty reduction when he had the idea to make Ivey’s case studies available for free to business schools in the poorest countries, those with per-capita annual income of less than US$2,000. The idea led to the 39 Country Initiative, a collaboration between Ivey Publishing and Ivey’s International Business Institute (IBI), to make educational materials more accessible in the 39 countries at this level. To date, more than 2,000 faculty members from business schools in the 39 countries have registered for free access to Ivey cases.

“I was Executive Director of Ivey Publishing at the time and thought, Surely we can allow our cases to be used for free in these countries because they absolutely cannot afford to pay for them. Most students in these countries read the material for classes in the library because there are only a few copies available,” he said. “The dean of Ivey at the time (Carol Stephenson) was supportive, so we did it.”

Prof. Beamish launched the 39 Country Initiative on July 1, 2010 and began by contacting faculty deans from business schools in the 39 countries to let them know about the free access to cases. The response wasn’t always what he expected. Prof. Beamish said some people thought there must be a catch.

“At one meeting in Nairobi in 2013 with the leadership of a business school, they were really cynical so I suggested they call the provost of another university in Nairobi who knows me and ask him. Well, they must have because the reception was completely different that afternoon,” he said.

Once it was clear that there was no catch – the only cost is to photocopy the cases – the Dean at this university in Nairobi told Prof. Beamish the savings on the purchase of educational material would be enough to hire three additional full-time faculty members.

“That meeting is one of the things that keeps me going. It’s fantastic that they can hire more faculty because there is such an acute need for more and better-trained faculty,” said Prof. Beamish.

A boat-load of support

As the initiative made him aware of the acute lack of teaching materials, Prof. Beamish expanded it to include collecting used books, journals, and course packs for universities in these countries. Since 2014, there have been six large container-loads of 10,000 items each delivered to universities in need. Prof. Beamish said the first container-load that arrived in Addis Ababa University in Ethiopia increased the school’s library collection by more than 30 per cent. Currently, there are 23 collection nodes in six countries.

“The objective is to make sure at least one institution per country has a library with a decent collection of business books and journals,” he said. “It’s a slow process, but these materials have been very much welcomed.”

In 2017, the 39 Country Initiative also began offering free case teaching workshops, co-sponsored by the Academy of International Business and the IBI, so that faculty members in the 39 countries will understand how to teach using cases. The workshops have been in French and were conducted by Dr. Elie Chrysostome, a Professor from the State University of New York, Plattsburgh, along with Dr. Alexis Abodohoui from Université Laval, and by Ivey Associate Professor Stephan Vachon, PhD ’03. Prof. Chrysostome alone has trained more than 100 African faculty members in the Ivey Case Teaching Method.

Prof. Chrysostome has also been helping the 39 Country Initiative to access people in Francophone Africa to translate cases into French since there is a need for French-language cases in many African countries.

“My heartiest congratulations to Prof. Paul Beamish for undertaking the 39 Country Initiative. As a result, many professors at African universities are trained in the Ivey Case Teaching Method,” said Prof. Chrysostome. “Providing effective training to future managers in Africa will result in an effective governance of private and public organizations, in the creation of wealth, and in poverty alleviation.”

Prof. Beamish said he’s pleased with the virtuous cycle that has resulted. Through the initiative, Ivey Publishing has increased the number of cases involving the 39 countries, which in turn improves awareness among management educators and students around the world.

“This initiative will continue to be very important for improved quality of management education,” he said. “I’m a big believer that with improved education, we can help to take people out of poverty. High-quality teaching materials and better-trained faculty members are essential to help business students create and manage successful businesses.” 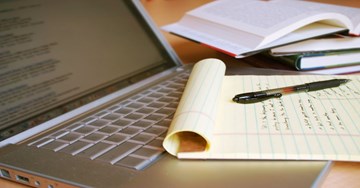 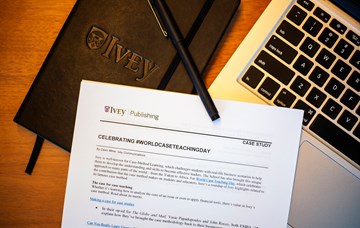 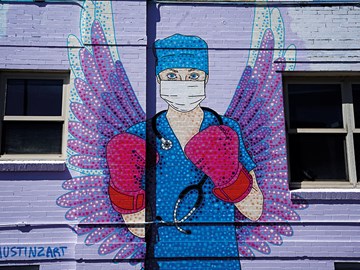 Critical thinking: how the COVID-19 pandemic is driving progress