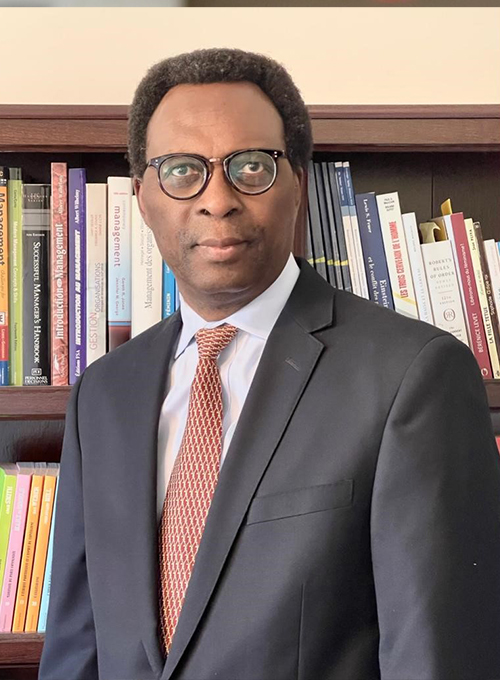 Elie CHRYSOSTOME is Professor of International Business at Ivey Business School in Canada. He is Editor-in-Chief of the Journal of Comparative International Management (JCIM) and Chair of the International Conference of CEDIMES Institute USA. He has previously served as the Chair of the International Business Division of the ASAC and led Ivey Case Teaching Workshops in West Africa (Benin, Senegal, Ivory Coast). Elie is a Research Fellow at SOAS at the University of London (UK). He has more than 25 years of teaching experience at different schools in North America including Laval University, University of Moncton in Canada and the State University of New York at Plattsburgh in the USA. He was tenured at both the University of Moncton and the State University of New York at Plattsburgh. He was a visiting scholar at HEC-Montreal (Canada) and an invited scholar at leading business schools including the Thunderbird School of Global Management (USA), Haute Ecole de Gestion de Fribourg (Switzerland), Laval University (Canada), Universite Paris- Dauphine (France), Wroclaw University of Economics (Poland), University of Johannesburg (South Africa) and Alfred Nobel University (Ukraine). In addition, he has served as an external examiner on the PhD Committees of 14 graduate students from different schools in North America, Australia and Africa.