Despite the importance of this relationship between business and government, there is a substantial gap in the understanding between what business leaders know about public policy issues and what government decision-makers know about business imperatives and competitive advantage. Of course, this is not to say that there aren’t good examples of cooperation and collaboration that have produced sound policies to enhance economic growth, but they are infrequent and rare.

It is this dilemma that inspired the late Jack Lawrence, a successful Canadian businessman, to propose the establishment of the Lawrence National Centre for Policy and Management in 2001 with a generous gift to the Ivey Business School. As Lawrence highlighted, “This Centre will become a strong advocate for sound policy that will ensure a powerful future for Canada. It will be a forum for the private sector to work with government and actively participate in public policy issues … not for their own benefit, but for the greater good of the entire country as a competitor in a global marketplace.”

The Lawrence Centre commenced operations in 2002 and since then has become an important voice on business-government issues. Having a public policy Centre within a business school is a distinct advantage that allows Ivey to develop future leaders who better understand the immense value of the collaborative relationship between the public and private sectors and the development of sound policy.

In pursuit of enhancing collaboration between business and government, the Centre focuses its activities on issues where the two overlap most profoundly. Nowhere is this more critically important today than in advancing Canada’s economic competitiveness and its prosperity through innovation, talent development, entrepreneurship and resource development.

With the guidance of the Lawrence National Centre’s distinguished Advisory Council, and under the direction of the Centre’s Director, the Centre will advocate for sound policy to improve Canada’s national competitiveness, with a focus on the significant challenges the country faces around digital infrastructure, physical infrastructure and trade. The Centre’s education, research and outreach programs support the development of evidence-based policy that creates wealth for a healthy economy and simultaneously serves the public interest.

Over its 18 year history, the Centre has contributed significantly to policy dialogue and development across several policy areas, including advanced manufacturing, trade, environment, competition, taxation and fiscal issues.

In 2018, the Centre shifted its focus to an emerging policy area, that of infrastructure development and implementation. Given the significant investment commitments being made by both the public and private sectors across the country, as well as the complexity and evolution of infrastructure initiatives and the wide range of stakeholders involved, it offered broad opportunities for critical analysis, informed discussions and debates, and the development of sound policy recommendations. 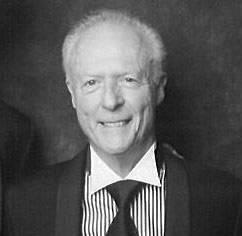 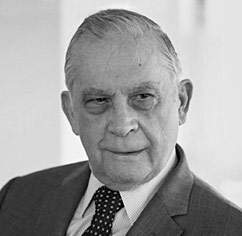 Since its establishment in 2002, the Lawrence National Centre’s operations have been largely funded by two generous gifts:

Without these generous gifts, the Centre would not have existed nor would it have been able to deliver the important work of bridging the gap between business and government. The Ivey Business School remains eternally grateful for the generosity and commitment of these two outstanding leaders and citizens.