Carolyn is a leader in Deloitte’s Canadian Diversity & Inclusion Human Capital practice created to help organizations be more innovative, more profitable, and more engaging places to work.  This is accomplished by designing strategic diversity and inclusion design principles right into the way businesses operate and tied to business outcomes.  This goes beyond the status quo of D&I programs and tactics.  Carolyn is constantly sought out by clients for thought leadership on diversity, inclusive leadership and women’s advancement for speaking to c-suite leaders on inclusive behaviours, diversity of thought and unconscious bias.

Carolyn joined Women of Influence in 2005 as Event Director and has served as the President since 2007. Carolyn brings to her role senior corporate experience in Strategic Development, Marketing, Communications and nation-wide Event Management in the financial services industry; proving her proficiency in handling high value client relations and senior executive management. Prior to joining Women of Influence, Carolyn worked at TD Waterhouse managing AGM’s, writing client facing presentations, marketing brochures and producing 25 Economic Outlook events for high value clients each year. This training combined with Carolyn’s passion and determination to improve women’s professional advancement, results in a powerful entrepreneurial force and a perfect pairing with this important and influential Canadian firm.

Carolyn holds an Honors Bachelor of Arts, from the University of Western Ontario and a Certificate of Achievement from Queen’s Finance Program. Outside of the office Carolyn holds volunteer based leadership roles with the AGO and Women’s College Hospital and is on the Executive Committee of the International Women’s Forum. She has completed Ironman USA and has competed in the Triathlon World Championships for Team Canada. 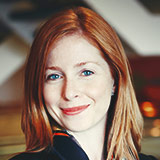