Although Volodymyr Zelenskyy’s performance as a wartime president might be seen as a defining period in his leadership journey, Lenna Koszarny, HBA ’91, says his character was revealed to her years ago.

While an observer at the 2019 Ukrainian presidential election, Koszarny had the opportunity to read Zelenskyy’s platform, which she calls his “vision for Ukraine.” She recalls the Ukraine of Zelenskyy’s dreams as a place where one can open a business in an hour, get a passport in 15 minutes, and where fireworks at weddings and birthday parties are the only rocket-induced explosions. His current leadership as Ukrainian President is simply him working toward that vision, says Koszarny, and the drive and humanity she glimpsed back then is now on the world stage.

“He has inner strength, resilience, and resolve. He has seen Ukraine in his mind and is working toward that. He has inspired everyone in Ukraine and he has inspired the world, but it was all there before,” she said. “We’ve seen all the masks come off. I’m happy that President Zelenskyy is no longer wearing suits … He is responding to questions directly. He is being his authentic, true self and people are resonating with this.”

Koszarny, Founding Partner and CEO of the private equity firm, Horizon Capital, was one of three leaders who participated in a Global Ivey Day livestream on leadership lessons from the crisis in Ukraine and their own experiences in learning to become a leader. The panel also included Daniel Bilak, Senior Counsel at the international law firm, Kinstellar, and a member of the Kyiv Territorial Defence Force; and retired Major-General David Fraser, President of AEGIS Six Corporation. The discussion was hosted by The Ivey Academy and the Ian O. Ihnatowycz Institute for Leadership and facilitated by Professor Gerard Seijts.

Here are some of their lessons.

Listen to a podcast of the discussion below

Koszarny, a Canadian who has lived and worked in Ukraine for 29 years, was in the U.S. for an investor meeting when Russia invaded Ukraine on February 24. She described how her hotel room became a command centre as she organized the move of 150 women and children out of Ukraine and into safe houses in less than 48 hours.

It’s an example of the adaptability and resilience that are critical in leadership.

“There was no time to be heartbroken. There was no time to be crying. When people’s lives are on the line, you have to move and you have to make judgment calls. You have to rely on your inner strength, resilience, and reserves because it is the big time … I needed to be firing on all cylinders,” she said. “We talk about taking the boardroom into the battlefield, but we’ve now reversed it … You have to do what you need to do – what needs to be done at that moment.”

Bilak is also Canadian, but has lived in Ukraine for 30 years. He said he has been inspired by Zelenskyy’s ability to rally Ukrainians to fight for their freedom, but then let them take the lead.

“Zelenskyy’s brilliance has been in communicating that we will resist, we will fight, and we will win and then letting everybody just get on with it. He doesn’t interfere,” he said. “Ukrainians are fantastic at self-organizing … This style of leadership exhibited by the president and the government as a whole has played to the strengths of the Ukrainian people.”

For example, Bilak said media have shown images of grandmothers who were ready to greet the Russian invaders with their self-made Molotov cocktails.

Bilak himself chose to stay in Ukraine and fight. When asked why he’d put his life on the line, his answer was simple: It’s the right thing to do.

“One of the reasons I stayed behind is because I felt it was important for Ukrainians to see there is some crazy Canadian that’s prepared to stay behind with them when everybody else left … You have to have the courage of your convictions to do the right thing. If you feel it’s right, you have to stand up,” he said. “You have to lead by example. There’s probably no more a trite line to describe leadership than that, but it’s very true. You have a sense of obligation to the people who trust you and rely on you, whether it’s your family, your community, or the people in your office.”

Hold true to your values

Bilak said personal values shape a leader and, when authentically on display, can bring together people who hold the same values to build a committed team.

“When you really believe in something at its core and you share that belief with people around you, it builds a cohesive set of people. It builds a community,” he said.

Fraser, a veteran of three wars – the Bosnian War, the second Gulf War, and Afghanistan War – told how those experiences shaped him as a leader.

In Sarajevo, Bosnia he saw how his French generals sought to balance the goals of fulfilling the mission and protecting their people. This required making tough decisions that came with the high cost of putting soldiers at risk. And having the resilience to keep doing it.

“I agonized every time I made a decision about sending somebody outside the wire because I knew I was putting people in danger,” he said.

Fraser summed up what makes a leader with three words: courage, communications, and resilience. He said Zelenskyy has displayed all three.

“He’s making the hard decisions. That is courage,” he said. “He has the ability to communicate it in a way that answers people's questions so he gets the commitment of people … And he has the resilience to do it every day since the war started. That is the epitome of leadership.”

Seijts said it is entirely possible that Zelenskyy’s improbable leadership has been a revelation unto himself. Perhaps he didn’t realize the depths of his own character until it was critically called upon.

“Zelenskyy was a comedian — and, ironically, to some in Ukraine a joke of a politician before Russian troops invaded the country. There was very little in Zelenskyy's past to suggest he would be an admired and heroic real-time war president,” he said.

Seijts said there's an important lesson for all of us: The most unlikely people rise in the most unlikely of moments when they are able to call upon and draw forth their strength of character.

Defining moments are indeed a test – a test of how we are going to show up in the most critical of moments and reveal who, not what, we are.”
– Gerard Seijts

Listen to a podcast of the discussion 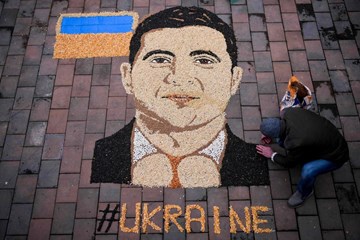 Volodymyr Zelenskyy: A masterclass in leadership 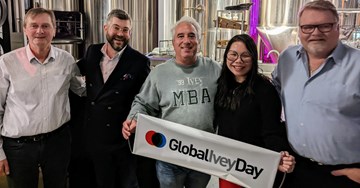 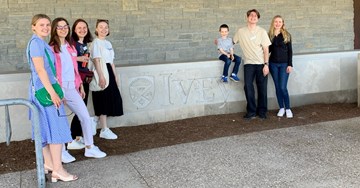