In November, as part of the 2021 United Nations Climate Change Conference (COP26), Canada reaffirmed its ambition to reduce its greenhouse gas (GHG) emissions to help fight climate change and to achieve a net-zero emissions economy by 2050.  A key message from the  Canadian delegation was that the fight against climate change requires “a whole-of-society, whole-of-government approach.”  Canada cited its success in implementing an economy-wide carbon pricing framework and called on other countries to do the same.  Canada also reinforced its commitment to phase out coal-fired generation and committed to accelerating its clean energy transformation by working with provinces, territories, industry, and other stakeholders to ensure that the electricity grid achieves net-zero emissions by 2035.

Net-zero emissions in Canada could potentially be achieved by increased electrification of the country’s residential and commercial building, heavy industry, and passenger transportation sectors – and significant capital investment in electricity infrastructure.  This point was made by several presenters during the Ivey Energy Policy and Management Centre’s 5th Annual Workshop on the Economics of Electricity Policy and Markets.  Professor Normand Mousseau (a presenter in the workshop) and his coauthors estimate that the cost of annual investment needed in new electricity generation, transmission and storage assets to achieve net-zero by 2050 could range from $9.8 billion to $47.7 billion during the period 2016 to 2050, with a cumulative total of more than $1.1 trillion.

A key challenge for provincial and federal governments and regulators is creating the proper incentives for private and public investment in electricity infrastructure when and where it is socially efficient. There is a nontrivial risk of overinvestment in some types of technologies and in some provinces, and underinvestment in other technologies and provinces. Failing to encourage socially efficient investment would lead to higher costs for consumers, delayed electrification, and increased risk of not achieving the country’s decarbonization targets. This is where the “whole-of-society, whole-of-government approach” makes sense, as recent decarbonization and electrification modeling demonstrates that a more regionally coordinated approach to electricity grid planning and operation would lower the overall cost to decarbonize the electricity grid and the Canadian economy.[1]

A key finding of the report is that while overall investment conditions are perceived as somewhat favourable – primarily due to supportive economic factors – they are patchy across provinces and technologies.  Overall conditions for investment are relatively positive for nuclear power generation and for newer technologies such as smart grid and energy consumption management, but less so for renewable and hydrocarbon power generation. The investment environment in Alberta is regarded more favourably on average than in British Columbia; although, within Alberta, conditions for renewable power rank better than those for distribution and transmission. Similarly, within Ontario, investment conditions for nuclear power and newer technologies are more favourable than for renewable power and distribution and transmission networks. Since electrification requires coordinated investments across multiple parts of the electricity sector value chain, as well as coordination between provinces, there is a risk that the existing patchwork of investment conditions will impede progress in meeting national policy objectives.

A second finding is that public policy factors overall have a neutral impact on investment decisions, but provincial regulatory frameworks for the electricity sector are viewed as having a somewhat negative impact – notably for transmission and distribution, within British Columbia, and for much of Ontario’s electricity sector. Weaknesses in the regulatory environment can hinder private sector investment, particularly in new energy technologies that do not easily fit into existing frameworks, and for inter-provincial transmission projects that require jurisdictional cooperation. Survey respondents indicated that a priority for provincial governments should be to improve the stability and transparency of energy policies and regulation, which would foster greater investment certainty.

At a broad level, the results of the survey highlight the need for a strategic and coordinated approach to developing electrification policies, both within and between provinces, as well as strengthening regulatory conditions within all parts of the electricity sector value chain. 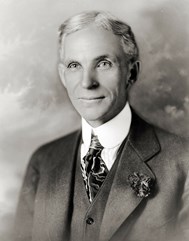 Fighting climate change is a global matter, and there is general agreement that success requires all countries to work together, and each country to do their part.  Within Canada, the challenge is to unite all levels of government through a “whole-of-government approach,” to determine nationally optimal electrification and decarbonization policies.

Uniting the federal and provincial governments on energy policy is not an easy task.  Under Canada’s constitution, each province is granted the exclusive power to make laws in relation to the “development, conservation and management of sites and facilities in the province for the generation and production of electrical energy.”[2]  Each province has shaped the structure of its electricity sector to advance provincial energy and economic objectives. They have done so largely independently of other provinces and with only limited consideration of the benefits of integrated regional planning, inter-provincial trade, and common policy and regulatory support for innovation and new technology development.  This has led to a balkanised and diverse set of provincial electricity sectors[3].

What a “whole-of-government approach” means and what it would take to unite all levels of government on a common plan for energy and environment policy remains to be seen.  As a starting point, the federal government could establish a Royal Commission or task force with a mandate to create a national vision for energy and to identify opportunities to better integrate the planning and operation of provincially-managed electricity sectors.  The Commission or task force could be made up of provincially and territorially appointed electricity industry practitioners with a deep appreciation for the unique aspects of their specific electricity grids and policy challenges.

[1] The Ivey Energy Centre report, “Electrification and Investment in Electricity Infrastructure,” provides a summary of key findings from recent research on electrification of the Canadian economy, including the benefits of a coordinated and integrated electricity grid.