When the Accelerated MBA (AMBA) Class of 2022 graduates in February, it will make history as Ivey’s first graduating class with gender parity. Of the 56 students, 54 per cent self-identify as a woman.

“Overall, the School has been working hard to ensure that our programs are more accessible to a broader range of students from different backgrounds (gender, ethnicity, sexual orientation, religion, socioeconomic, etc.). However, the AMBA is our most flexible program and tries to offer students a new way to learn while building on the quintessential Ivey case class experience,” said David Wood, HBA ’97, MBA ’12, Faculty Director of the AMBA. “We are proud that in only our second year of the program, we have such a diverse cohort of students.”

In June, the inaugural stream of the MSc Digital Management program will follow suit as the second graduating class with gender parity. Of the 52 students, 64 per cent self-identify as a woman.

Savina Sanghera, a student in the MSc class, was pleased to have so many peers who she felt she could identify with in her class. Coming from a predominately male-dominated Commerce program in her undergrad, she was expecting the same with the MSc program.

“It was very comforting on my first day to see so many women in the program in only its first year,” she said. “It made me feel more confident running for an MSc Association Executive position because I felt I’d be able to connect with everyone.”

Sanghera was elected VP Digital Management and was the only woman candidate. In that role, she organized a career panel series, which included women leaders in digital transformation. She also created a new Digital Management Case Competition where students in all MSc streams tackled a case on emerging technology written by four women in the Digital Management stream. As a member of the MSc Women in Management Club, she has made it her mission to meet women in all of the MSc streams and offer support to them, while also organizing events to support those of all gender identities in the program. In November, the MSc Women in Management Club came together to support Movember, an annual event to raise awareness specifically of men's health issues, such as prostate cancer, testicular cancer, and men's suicide. Celebrating the diversity of the class has been a big focus.

“Along with there being so many women, there are also many people with diverse educational backgrounds within the program,” she said. “We’ve had some great discourse in the classroom and the diversity has provided a more welcoming environment.”

MBA student Osheen Mehta said diversity adds to the classroom discussions and she was drawn to Ivey’s program because of the opportunity to learn from a diverse group of peers.

“I’d say a majority of my learning comes from my peers so the greater the diversity of thought and experience, the more learning each of us gets out of it,” she said. “Whether it’s diversity through gender, ethnicity, or race and much more, that is the value the Ivey MBAs bring. We learn from each other and diversity is critical for that.”

Although her MBA cohort is 38 per cent self-identifying women, Mehta said there are many supports for women in the class, including initiatives involving the MBA men. A recent example is when 40 men from the class participated in a WIM Male Allyship Workshop organized by the MBA Women in Management (WIM) Club and facilitated by Ivey faculty. The event included a case on gender biases and role-playing activities.

“There has been a huge uptake of club membership by men so we wanted to build an event around allyship to acknowledge their efforts of trying to be part of the solution,” said Mehta, who is Co-President of the club, along with Katie Zajner. “As a cohort, we are trying to be open and have the difficult conversations around gender biases and it’s been received very well.”

Mentoring women throughout the Ivey journey

Mehta and Zajner, along with WIM vice-president, Tomina Fubara-Manuel, are leading this year’s LIFT Mentorship Program, which was created by three alumnae: Katie McNamara, MBA ’19, and Yimin Guo and Dimpal Chetnani, both MBA ’20. The program pairs alumnae mentors with women in the MBA class for ongoing support and Mehta said 36 women are currently participating.

Ivey’s MBA women are also mentoring women from the incoming cohort through the Pass the Glass initiative. Hosted by the MBA Association’s EDI Committee, the initiative pairs incoming and current students for conversations about navigating the MBA program.

Mehta is a mentee herself in the Women's Leadership and Mentoring Program (LAMP) offered through Ivey’s Ian O. Ihnatowycz Institute for Leadership, which matches MBA women with successful and influential women in leadership roles in industry for mentorship and networking.

Mehta said cumulatively all three mentorship programs help MBA women through the different phases of life at Ivey and a variety of experiences, such as recruitment and long-term career planning.

Ivey faculty are providing further support to MBA women through a new initiative created by WIM called Faculty Features. Mehta said both male and female faculty members have recorded short videos to share what it means to them to have women in the program and offer words of encouragement. The videos are intentionally sent out prior to tough periods, such as exams and 24-hour reports, to boost spirits.

“It gives everyone in the cohort a little push and lets us know the faculty are behind us. They are cheering for our success,” said Mehta. “The videos are so inspirational. The professors share their own experiences and how they’ve seen the program grow, especially for women. Those little words of encouragement go a long way for us. One of our biggest goals is to ensure women in the program feel like there is a sense of community.”

Ivey also participates in the Forté Fellows Program and is a Lean In Canada sponsor. Both programs offer financial support to increase the number of women enrolling in MBA Programs. The School is further working to build a diverse community through  17 new awards intended to increase financial resources for equity-deserving students. Future initiatives include reviewing admissions criteria to see if there are barriers from a socioeconomic point of view in hope of attracting a wider range of candidates.

New flexible-format programs, such as the AMBA, are appealing to those who want to learn while they work and have had a particularly strong uptake in women. The inaugural cohort of the new blended Master of Management in Analytics (MMA) program is 62 per cent self-identifying women.

J.D. Clarke, Executive Director, Masters Programs Recruitment and Admissions, said a common issue for women candidates is that many find themselves in a stage of their career where they don’t want to take more time off so there is a growing demand for while-you-work programs.

Initiatives are also underway to address the underrepresentation of women in certain fields. Some examples include:

For Sanghera, attracting women to technology is another important goal. She and other classmates have been working with MSc faculty to create promotional material that reflects the high representation of women in the first cohort of the Digital Management stream and she is pleased that the second cohort of Digital Management is 67 per cent self-identifying women. She begins a role at KPMG after graduation and was drawn to the firm after learning about its opportunities specifically for women, including a Women in Technology program.

“Being in a program at Ivey where women were the majority made me realize how important the culture is for me,” she said. “Now I can’t settle for less.” 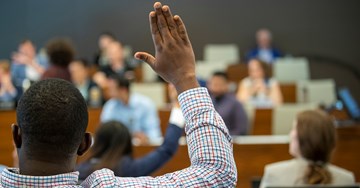 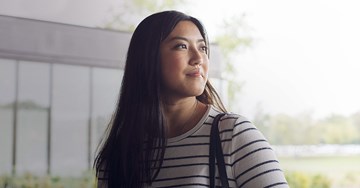 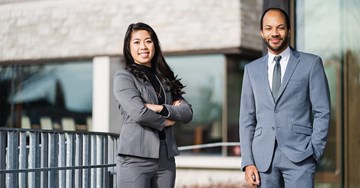