Craig Dunbar and Michael King share a passion for finance and a talent for repartee. Oh, and they both agree that Monopoly is not a metaphor for the world of high finance.

Think it’s easy to get Monopoly money to float evenly over two (patient and obliging) finance professors? Think again. In fact, it’s probably about as difficult as most people find the subject of finance.

Yet Associate Professor Craig Dunbar says they shouldn’t avoid it. “Finance has a profoundly positive impact on society,” he says. “Many new ideas could not come to fruition unless capital flowed to those who have them.”

Dunbar completed a PhD at the University of Rochester, and joined Ivey in 1997. He served as Associate Dean of Faculty Development and Research from 2004 to 2008. Today he teaches and does research in investment banking, corporate finance and financial contract choice.

Associate Professor Michael King joined Ivey in 2011 after two decades of working in international markets. Along the way he earned a Chartered Financial Analyst designation and a DPhil (doctorate) from London School of Economics. From 2008 to 2011, he worked for the Bank of International Settlements, where, among other projects, he contributed to the analysis of the global financial crisis.

King agrees that the world of ﬁnance touches everybody. “Whether you’re working in the field, saving for your kid’s education, or saving for retirement, you can’t help watching the news and confronting a lot of financial facts,” he says. “Understanding the basic concepts of finance is crucial to the operation of any type of business, forprofit or not-for-profit.”

Who is/was the greatest financial mind of all time?

Dunbar: Fischer Black (Ed: co-creator of the Black-Scholes equation, and a brilliant academic and practitioner)

What do you want Ivey students to understand about finance by the time they graduate?

King: Finance is all about negotiation. It is an art, not a science: there’s no “correct” price for anything.

Dunbar: I want graduates to be able to pick up a financial report and understand what it’s telling them.

What’s your strategy for Monopoly?

King: It’s just like my strategy for finance: stay out of jail! But really, I hate Monopoly—it brings out the worst in human nature.

Dunbar: Know your opponents and how to manage them. It’s a zero-sum game, and that’s not how finance works.

King: Touching lives and being part of the careers and lives of many talented individuals.

Dunbar: Seeing a light bulb go on. Seeing how far students have come in their understanding, especially if they were intimidated by finance at first.

What was the one failure that taught you the most?

King: I did terribly in undergraduate finance. Later I realized that I wasn’t interested in how it was taught, and that sparked my interest in teaching.

Dunbar: I didn’t do well on my first executive development program, but my colleagues came to my defence. I learned that you can have a profound impact on people if you take the time to reach out and help out. 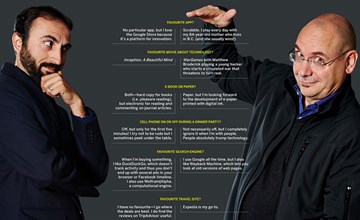 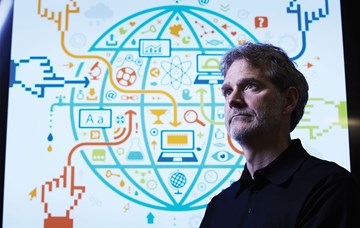