Wealthsimple’s founder and CEO, Michael Katchen, credits a business competition he won at Ivey for setting off a chain of events that launched his entrepreneurial career.

The idea, which Katchen describes as “terrible” in hindsight, was a guide for first-time grocery shoppers. He says the clever part was the distribution angle, which allowed brands to advertise to the group of fresh, new consumers.

That idea from 2007 was good enough to not only win the Ivey contest, but also land Katchen a summer job in 2008 helping the CEO of Black’s Photo Corp. with its corporate turnaround before it was sold to TELUS a year later.

The Black’s gig then led to a string of other opportunities for Katchen, including a job at the Toronto office of global consultancy McKinsey & Company, where he worked for a couple of years after graduation before moving to San Francisco to help launch online photo company 1000memories (later sold to Ancestry.com).

It was the proceeds Katchen earned from that sale, and a love for investing dating back to his childhood, that led him to launch online investment manager Wealthsimple in September 2014.

“Investing has always been a hobby of mine,” says Katchen, the youngest of three siblings, all of whom attended Ivey. (One sister specialized in marketing, the other sister in finance, while Katchen chose the entrepreneurship stream).

Wealthsimple, now the largest online investment manager in Canada, has 60 employees, about 25,000 customers, and close to $1 billion in assets. The financial technology company offers an alternative to traditional ways of managing investments, catering to consumers – in particular Millennials – who are comfortable with online banking and investing.

Katchen has a vision to build Wealthsimple into “one of the largest and most innovative financial services firms in the world,” including plans to expand outside of Canada to places such as the U.S. and Europe.

It’s a vision Katchen says was shaped in part by the critical-thinking skills he developed at Ivey, and the relationships he has built with students, staff, and alumni.

“Ivey taught me what really good colleagues and peers look like,” Katchen says. “These are smart people you share similar values with and want to work with.”

Katchen has also contributed a lot to the School, including helping launch the Ivey Israel Business Trip, a fully accredited course that sends students to the country to learn about its startup culture. Wealthsimple also runs a case competition at Ivey, challenging students to help them solve business problems. In 2016, Wealthsimple hired the winning team to work as summer interns at the company.

Katchen sees it as giving back to a place that has contributed so much to his success to date. “It’s a great community,” Katchen says of Ivey. “People want to see other grads succeed and are committed to helping in any way they can.” 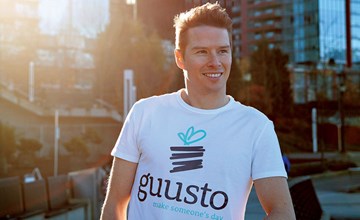 A Taste for Adventure 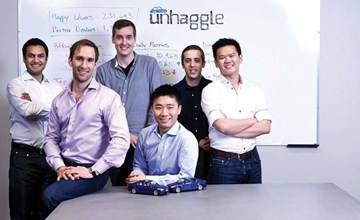 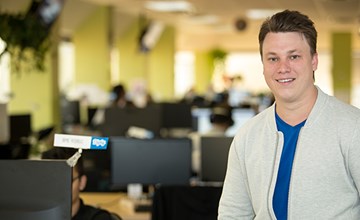