“You get what you inspect, not what you expect” ~ Barbara Ann Bernard, Founder and Chief Investment Officer of Wincrest Capital

The attributes above are how I would describe Barbara Ann Bernard. At age 15, Barbara Ann pursued legendary value investor Sir John Templeton for a summer internship (and subsequent internships), gaining experience through investment recommendations. She then attended boarding school in Hong Kong during the Asian crisis and used the affordability of travel at that time to explore the region. In doing so, she witnessed growth potential first hand. To this day she finds it shocking that, while so many people live in emerging markets, so few people invest there. Counter to this bias, Barbara Ann’s fund is invested in some of the largest markets for growth potential. This includes shoe making in India, where the average person only owns 1.6 pairs, as well as white goods in Bangladesh, where only one in five people own a refrigerator.

Being contrarian is not only about identifying growth opportunities that others may be hesitant to pursue, it is also about identifying where potential bubbles are being formed that may be traps. In the past ten years, we have witnessed the longest bull market in history. Up until recent selloffs, I believe very few contemplated an end in sight. While many continued to awe at the continued rise of the U.S. market, others such as Barbara Ann questioned its sustainability. She points to a drastic drop in interest rates, new accounting standards, consolidated industries, and technology having all led to a boom that may not be repeatable.

Having a Global Focus

Those who choose to only invest in large developed markets tend to worry about the geopolitical risk of emerging markets. But this ignores the fact that developed countries are prone to this risk as well (ie: Brexit). Barbara Ann’s solution is simple, yet effective. Through geographic diversification, she eliminates this geopolitical risk, ensuring no single country’s meltdown could bring down the entire portfolio. In true contrarian fashion, rather than avoiding these developing regions, she chooses to double down.

While bubbles are potentially being formed in local markets, anti-bubbles are being formed elsewhere in the world. Barbara Ann defines these anti-bubbles as light trading, with prices stagnating at low levels despite solid growth in the economy or company. By investing in these regions now when many people turn a blind eye to them, Wincrest hopes to capitalize on the correction that will equate these countries’ market prices to their development. She summarizes this approach perfectly when she states: “The world is a big place, but not if you know what you’re looking for.”

Barbara Ann refers to innovation as “doing the same things a bit better, whereas, disruption is making things that make the old things obsolete”. Disruption has made many value traps out of historically safe industries. Many value investors do not condone shorting, and those who do generally use it as a source of hedging. She takes a different approach, using it not as a hedge, but rather as a source of profits. Through careful due diligence, Wincrest looks to identify where these value traps are, by identifying seemingly strong companies with management that believe they will not be affected by this disruption. This overconfidence is often their downfalls.

Often, being contrarian is far more than simply buying when others are selling, and vice versa. It must encompass how we think so that we can identify opportunities others cannot. When others scoff at the idea of investing in less developed countries, or when management believes they alone are prone to the disruption plaguing their peers, we must do our own due diligence rather than simply following the herd. I point to the quote from Barbara Ann Bernard that I began this article with, “You get what you inspect, not what you expect”. Rather than accepting the norm, we must derive our own perceptions when evaluating opportunities. It is through this combination of a contrarian mindset, along with careful analysis, that we can truly add value. 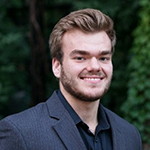 Luke is an Honors Business Administration candidate, who studied Economics at King’s University College prior to coming to Ivey. During his time there, he developed a passion for investing, and through studying the work of great investors like Warren Buffet and Christopher Browne, a keen interest in value investing specifically. The thing that excites him the most about coming to Ivey is having the opportunity to study the value investing curriculum taught here. Email Luke

The views expressed in these blog posts are the opinions of their authors, and do not necessarily reflect those of the Centre. The intention of this blog is provide a platform for current, past and upcoming HBA, MBA and Executive program value investing students to discuss value investing and related topics.