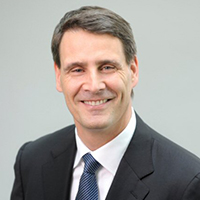 Appointed in April 2019, Jon is President and CEO of CBI Health Group, Canada’s largest integrated community-based healthcare services network. He also serves as Board Chair of LifeLabs, Canada’s leading provider of laboratory diagnostic information and digital health connectivity systems. Jon is also a member of several advisory Boards including: the Ivey Business School, the Ivey Business School Leadership Institute, the Dean’s Council for Arts and Sciences at Queen’s University and the Senior Advisory Panel for OMERS Infrastructure. In addition to the above commitments, Jon follows his passion for business creation in Canada as a coach and mentor to entrepreneurs and developing executives.

In 2015, Jon completed nine years as CEO of Maxxam Analytics, Canada’s largest and leading analytical services company serving the energy, environmental, food and DNA markets. Under his leadership the business more than doubled in size and financial performance through business expansion, innovation and a culture of integrity. The business was private equity and management owned prior to its successful sale to global industry leader, Bureau Veritas.

Prior to Maxxam, Jon was the founder and President of a business communications services company as well as holding several successful senior leadership roles across a variety of industries and company sizes/stages.

Jon has an MBA from the Ivey Business School and an Honours BA from Queen’s University. Jon is a 2012 Ernst & Young Entrepreneur Of The Year® award winner for his successful leadership at Maxxam. He was also awarded a National Special Citation for Entrepreneurial Leadership. Jon has been both a regional and national judge for the EY Entrepreneur of the Year® for 2014, 2015 &2016. In 2013, Jon was recognized for his contributions to Canadian industry in the field of chemistry and awarded the Purvis Memorial Award of the Society for Chemical Industry.