A Conversation with The Honourable Murray Sinclair 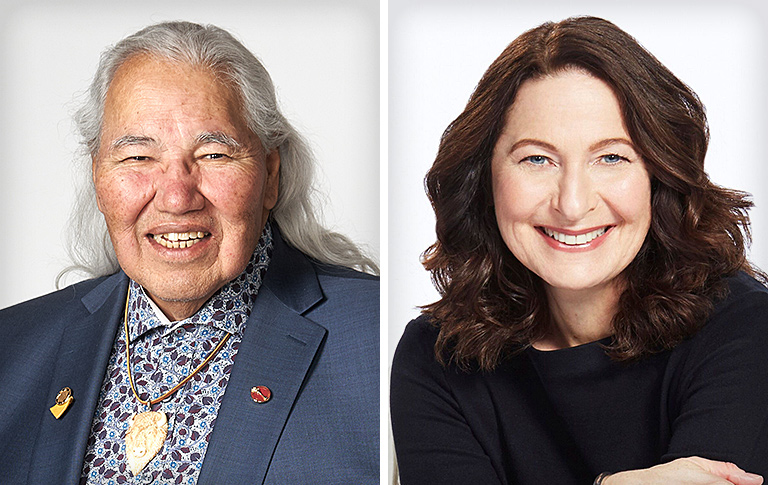 This online conversation is open and complimentary for all who wish to attend. Preregistration is required

Join us for a powerful conversation between The Honourable Murray Sinclair and Anna Maria Tremonti.  Their discussion will focus on truth, reconciliation, racial equality and Indigenous perspectives, and their implications on leadership, business and society.

The Honourable Murray Sinclair is Anishinaabe and a member of the Peguis First Nation. He is a Fourth Degree Chief of the Midewiwin Society, a traditional healing and spiritual society of the Anishinaabe Nation responsible for protecting the teachings, ceremonies, laws, and history of the Anishinaabe. His Spirit Name is Mizhana Gheezhik (The One Who Speaks of Pictures in the Sky).

He graduated from law school in 1979 and has been involved with the justice system in Manitoba for over 40 years. He was the first Indigenous Judge appointed in Manitoba and Canada’s second. He served as Chief Commissioner of Canada’s Indian Residential Schools Truth and Reconciliation Commission (TRC). As head of the TRC, he participated in hundreds of hearings across Canada, culminating in the TRC’s widely influential report in 2015. Learn more

Until very recently, listeners from around the world were privileged to listen to Anna Maria Tremonti’s compelling interviews each & every day on Canada’s most popular radio program, “The Current”.

After 17 years at the helm and as a two-time Gemini Award winner, now Anna Maria is taking a leap into the world of digital communication with a new way of telling stories and sharing ideas, through original podcasts that will illuminate, challenge and surprise. Learn more

This online conversation is open and complimentary for all who wish to attend.