In this blog, we link leader character to trust and perceptions of leader effectiveness in crisis situations.  We use the leadership of Prime Minister Justin Trudeau as a case study.  Our considerations are based on actual data that Cristine de Clercy, professor of political science at Western University, and Gerard Seijts, professor of organizational behaviour at the Ivey Business School, obtained from Canadians of voting age.

We would like to begin with three straightforward observations.  First, it is amid uncertain and fast-changing environments that leaders tend to make the greatest difference in organizational performance.  This perspective is reflected in a recent article in The Atlantic.  Peter Wehner, a senior Fellow at the Ethics and Public Policy Center, wrote about the challenges of presidential leadership, noting that "it's reasonable to expect that a president will face an unexpected crisis—and at that point, the president' s judgment and discernment, his character and leadership ability, will really matter."

Second, even though it is important, we would never suggest that the performance of a leader in a crisis situation is solely a function of character.  Ivey Business School Professors Jeffrey Gandz, Mary Crossan, Gerard Seijts, and Carol Stephenson posited that performance is always determined by competencies, character and commitment to the leadership role.  There is a critical role for competencies (e.g., to think and act strategically, to collaborate across sectors, and to quickly pivot based on new information) and commitment (e.g., to show deep engagement, and a willingness to make personal sacrifice) in any crisis situation.  But for the purpose of this blog, we will focus on character.

Third, scholars and the wider public have been consistently interested in the question of which leadership qualities are essential to the effectiveness ratings of political leaders, such as presidents and prime ministers.  Studies have shown that voter perceptions of leadership qualities are associated with voting intentions and actual voting behaviour.  And, character is a key leadership quality that is often vigorously debated and scrutinized.  For example, in a recent op-ed in The Ottawa Citizen, Andrew Cohen, a professor of journalism at Carleton University, compared American and Canadian executive leadership during the pandemic.  While admitting that "comparing the character of nations is risky and imprecise," he felt our neighbouring nations' crisis leadership efficacy was sufficiently distinct to "offer a window" through which we could examine notable differences.  In contrast to U.S. President Trump's leadership, Cohen observed, "the prime minister [Trudeau] appears in public every day, alone, outside his residence. He speaks sensibly, with authority, without hyperbole. This has been his finest hour. Canadians trust him. They may not have voted for him – only about one-third did – but that doesn't matter now."  He ended his op-ed as follows: "If we [Canadians] ultimately do better in all this – it's too early to know or crow – it's not because we are morally superior.  It is because we are smaller, organized, well-led, more united, more measured, more of a community.  It's a question of character."

These are bold statements.  Is there any truth to them?  Does character matter in political leadership?  Is character related to trust?  Does Prime Minister Justin Trudeau measure up in the eyes of Canadians?

In an ongoing research project, we employ a leader character framework—consisting of 11 character dimensions and 61 corresponding elements (or observable behaviours) —developed by Mary Crossan and her colleagues to examine the role of leader character in political leadership.  Their framework operationalizes character as a combination of virtues, personality traits, and values that enable human excellence.  Virtues are situationally-appropriate behaviours, such as justice and humility, widely considered to be emblematic of good leadership in that they contribute to the well-being of individuals and societies.  Some virtuous behaviours are reflected through the activation of personality traits, such as conscientiousness, which are relatively stable dispositional variables, while other virtues are expressed as values, such as being equitable.  Values act as deep-seated beliefs people hold about what is morally right or wrong.

We reviewed our data collected during the early stages of the COVID-19 pandemic that explored voters' perceptions of Prime Minister Justin Trudeau's character.  Our goal was to discover whether the relationship between perceptions of character and the appraisal of leader effectiveness is determined, to some degree, by identification-based trust.  Identification-based trust emphasizes an emotional connection between leaders and followers which may be especially important during crises that involve uncertainty, ambiguity and anxiety.  Trust is necessary because it mobilizes followers and builds commitment to ideas and subsequent plans to tackle the many challenges involved in a situation. It allows citizens to be confident that their interests will be protected. As such, when people of voting age witness the deployment of virtuous behaviours from leaders, they are likely to regard them as individuals of high character and develop trust in them.

While any survey has limitations, our results allow for three observations.  First, character-based leadership in political leaders matters to many Canadians of voting age.  We asked respondents to rank order the importance of competencies, character, and commitment to the leadership role as it relates to fulfilling the role of prime minister.  Thirty percent ranked character as their number one choice.  Second, we asked respondents to rate the extent to which they perceive Prime Minister Justin Trudeau demonstrates the eleven dimensions of character that comprise the leader character framework.  They generally rated his character highly during the early days of the crisis – significantly over the midpoint of the scale.  Third, the relationship between perceptions of character and the perceived effectiveness of Prime Minister Justin Trudeau appears to be determined, in part, by identification-based trust.

Obviously, there is a big caveat.  A crisis such as the COVID-19 pandemic plays out over months, not weeks.  Moreover, it could easily be argued that the perceived effectiveness of leaders influences the attributions of their character.  However, leaders will always be confronted with unpredictable and defining moments where their character will be revealed, in both good and bad ways.  A leadership lesson that former President and CEO of Bell Canada Enterprises George Cope shared in Good Leaders Learn: Lessons from Lifetimes of Leadership is that good leaders must always be on their game.  In his words, "As a leader, you cannot behave at less than your best, even if you're having a tough day. You'll be judged, and rightly so – you're the leader."  This means that how they behave and respond to crisis situations, and the trust it invokes in their followers, ultimately influences their fate.

We recently watched the podcast We Are All Leaders Now: Seizing the Leadership Moment, featuring one of our favorite academics and storytellers: Wharton Professor Michael Useem.  In it, he discussed how when the world is uncertain, leaders at all levels must think strategically, communicate persuasively and act decisively.  He challenged those in his audience to make their own leadership checklist containing the most important actions they can take and principles they will follow to lead during this unprecedented period—whether it be from the C-Suite, the frontline or anywhere in between.  "Leadership is us, and all around us … We need leadership next to us, beside us, below us and above us, so we must lead down, out and up."

We view leader character as a critical personal resource. It helps to facilitate trust and elevate one's leadership efficacy. The COVID-19 pandemic has created a global stage upon which citizens have been able to observe, discuss, and assess the character of and their trust in national leaders. Some have received accolades, others have been found wanting.  The good news though, is that character can be developed. Crucible experiences, such as this pandemic, offer important opportunities for not just political leaders, but leaders at all levels of society to work on their ability to activate the dimensions and elements of character to create a tangible difference in the world around us.

Gerard Seijts is a professor of Organizational Behaviour and the Executive Director of the Ian O. Ihnatowycz Institute for Leadership at the Ivey Business School.

Kimberley Young Milani is the Co-founder of the Women's Leadership and Mentoring Program and the Manager of Operations, Projects and Stakeholder Engagement, for the Ian O. Ihnatowycz Institute for Leadership at the Ivey Business School. 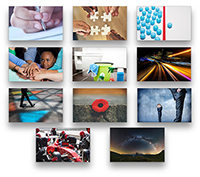