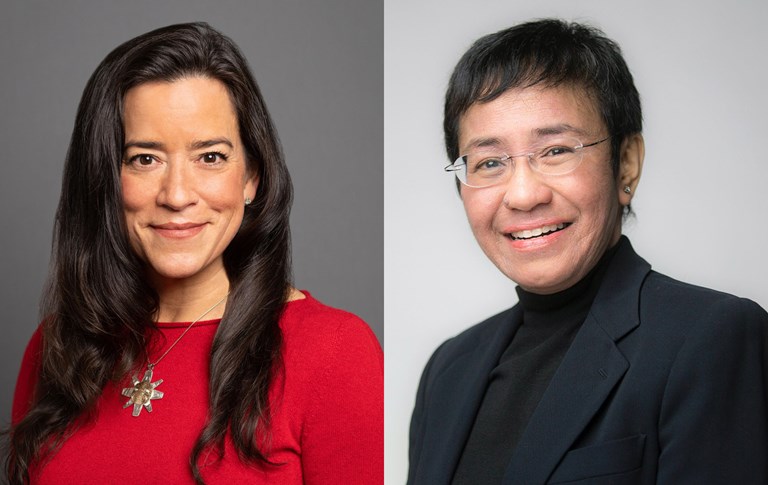 This event is for Ivey HBA1 students and is not open to the public.

On Wednesday, February 8th, the Ian O. Ihnatowycz Institute for Leadership will be hosting the 10th annual HBA Leadership Character & Candour Conference. The event includes leaders who will deliver compelling messages about the importance character and candour in our professional and personal lives.

Ms. Ressa will join us live for a virtual fireside chat conducted by Professor Gerard Seijts. If you have a question for Ms. Ressa that you would like to have asked please submit it HERE by February 1st.

A journalist in Asia for more than 35 years, Maria Ressa co-founded Rappler, the top digital only news site that is leading the fight for press freedom in the Philippines. As Rappler's CEO and president, Maria has endured constant political harassment and arrests by the Duterte government, forced to post bail ten times to stay free. Rappler's battle for truth and democracy is the subject of the 2020 Sundance Film Festival documentary, A Thousand Cuts.

In October 2021, Maria was one of two journalists awarded the Nobel Peace Prize in recognition of her "efforts to safeguard freedom of expression, which is a precondition for democracy and lasting peace."

Maria was born in the Philippines but grew up in the United States after her family migrated to Toms River, New Jersey in 1973. She took up premed at Princeton University, where she graduated cum laude with a B.A. degree in English and certificates in theater and dance in 1986. She returned to Manila on a Fulbright fellowship in 1986. Maria wrote Seeds of Terror: An Eyewitness Account of al-Qaeda’s Newest Center of Operations in Southeast Asia and From Bin Laden to Facebook: 10 Days of Abduction, 10 Years of Terrorism. She is writing her third book, How to Stand up to a Dictator, for publication in 2022.

The Honourable Jody Wilson-Raybould, PC, OBC, KC, was raised to be a leader. The daughter of a hereditary chief and Indigenous leader, she always knew that she would seek leadership roles and responsibilities. As a lawyer, an advocate, and a leader among Canada’s Indigenous Peoples, she’s built a strong reputation as a bridge builder and champion of good governance and accountability. She shares her unique perspective as both a community and political leader on topics such as Indigenous rights and reconciliation, democracy and governance, leadership, and justice.

During the 2019 election, Wilson-Raybould was re-elected as an Independent Member of Parliament for Vancouver Granville, making her Canada’s first ever female Independent MP elected and the only elected Independent in the 43rd Parliament.

Wilson-Raybould is a descendant of the Musgamagw Tsawataineuk and Laich-Kwil-Tach peoples, which are part of the Kwakwaka’wakw and also known as the Kwak’wala speaking peoples. She is a member of the We Wai Kai Nation with her traditional name, Puglaas, meaning “woman born to noble people.” She served two terms as an elected councillor for her Nation and was also a director and chair of the First Nations Finance Authority and a director of the First Nations Lands Advisory Board.

Wilson-Raybould is the bestselling author of three books, the political memoir “Indian” in the Cabinet: Speaking Truth to Power, which was a finalist for The Writers’ Trust Balsillie Prize for Public Policy and the Shaughnessy Cohen Prize for Political Writing; From Where I Stand: Rebuilding Indigenous Nations for a Stronger Canada; and, her most recent, True Reconciliation: How to Be a Force For Change.