Major public institutions — such as water services, education and healthcare  — are suffering disruption and decline in many countries. This has significant implications for society in general, but particularly for the most disadvantaged in society who often depend most on their effectiveness.

The current political situation in the United States demonstrates how even longstanding institutions like the democratic process itself can be subject to attrition and attack.

How can key stakeholders come together to protect and renew these institutions? This is a complex question but one which is critical for addressing poverty, inequality and sustainability around the world.

In an award-winning Academy of Management Journal article, Ivey Assistant Professor Wren Montgomery, with co-author Tina Dacin (Queen’s University), have tackled this question through the experience of the Detroit ‘Water Wars’.

Since 2014, the Detroit Water and Sewerage Department has shut off the water to 141,000 households whose bills were past due. In 2019, more than 23,000 households reportedly had their water shut off. The shutoffs drew international attention: Detroiters protested in the streets, and the United Nations declared that the “disconnection of water services because of failure to pay due to lack of means constitutes a violation of the human right to water and other international human rights.”

Montgomery and Dacin’s research examined how a diverse array of stakeholders (‘custodians’) came together to address the underlying institutional decline, motivated by a shared commitment to public provision of water services. These custodians included community leaders, NGO activists, industry practitioners and corporate executives.

The research developed a typology of custodian engagement, and found that the different groups were most influential and effective when they echoed and amplified one another. These stakeholders took on different roles and framed their arguments in different ways, but they all worked to raise awareness of water as a valuable, finite resource and to get commitment to protect it. Today, the water problems in Detroit remain, but they have improved.

From the outset, Montgomery and Dacin engaged with stakeholders across sectors to co-create knowledge with the local community. This engagement, in turn, allowed them to inform practitioners across sectors and divides during the Detroit water crisis, as well as inform collective solutions to emerging crises. The importance of this contribution was recognised through an opportunity to review the Governor’s Michigan Water Strategy where the feedback led to the first affordability guidelines for vulnerable communities.

While the Detroit crisis was the context for this work, the authors had a wider motivation from the outset to inform policy and practice in addressing decline in water institutions globally. Their recently published paper has already received two major awards recognising research impact on practice: the NBS-ONE Research Impact on Practice Award, co-sponsored by the Academy of Management, and the IACMR-RRBM Award for Responsible Research in Management.

Acknowledgement: The description of this research was adapted from a March 2020 news item from the Erb Institute at the University of Michigan. 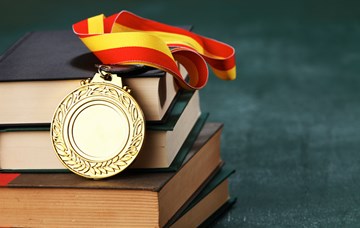