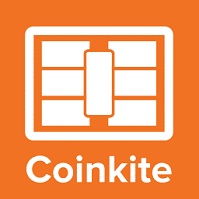 Coinkite is a former Bitcoin exchange platform that has shifted to being the parent company of several Bitcoin hardware products. These include: three iterations of Opendime, a ‘Bitcoin stick’ that enables customers to use their Bitcoin like a physical dollar bill;[1] and Coldcard, a Bitcoin hardware wallet that supports several accounts and payment addresses.[2]

In 2011, Peter Gray read the infamous Bitcoin whitepaper. He was intrigued and shared his excitement with Rodolfo Novak, his partner and co-founder of Ripe Apps. As the two followed the trajectory of Bitcoin, they launched btclook.com, a visual Blockchain explorer that confirmed their interest in this emerging industry.[3] The two wanted to get started using bitcoin, yet did not find a wallet they liked. So, they opted to build a wallet with an integrated payment terminal – making it more pragmatic.[4] In 2013, CoinKite incorporated and the pair attended the Bitcoin Conference with a working CoinKite terminal, receiving positive feedback from thought leaders and peers in the industry.[5]

Coinkite has shifted its corporate strategy in early 2016. After citing legal and regulatory complications, coupled with constant DDoS attacks, the founders discontinued their web wallet service and shifted their focus to their main strength; hardware. Soon after the announcement, they launched the first version of OpenDime (now in its third iteration). The product was created to solve the issue of mining fees and confirmation delays associated with the bitcoin blockchain. They soon followed with ColdCard, an ultra-secure hardware wallet.

A hardware wallet is a small piece of hardware designed specifically to securely store its user’s cryptocurrency holdings.[9]

CoinKite currently markets on their website, Amazon and their product-specific websites.

There are several Bitcoin hardware products and cryptocurrency wallets currently on the market, the most similar to Coinkite products being: