Through her work with UNICEF’s Office of Innovation, Christina Lomazzo, MSc CEMS ’16, works to find ways in which blockchain and cryptocurrencies can improve the services her organization delivers to children worldwide.

It’s a way to both increase efficiency and transparency in the short term, and to ensure the non-profit is well positioned to fulfill its mission in the future.

“The bigger picture is really how do we prepare ourselves for eventual futures, whether that be a central bank issuing their own digital currency – being ready to deliver and adapt in that context – or whether it be how can we become more efficient in the way that we deliver our services,” says Lomazzo, whose previous role at UNICEF was Blockchain Lead.

One of the ways in which her team is furthering that goal is through the UNICEF Venture Fund, a US$35 million fund that makes early-stage investments to start-ups in emerging or developing economies working with blockchain, artificial intelligence, drones and virtual reality. The fund provides not only funding but also mentorship and guidance to help those start-ups develop frontier technology, which UNICEF can in turn learn about. It’s also a way for Lomazzo’s team to have access to emerging technology and look at how it may affect the work the agency does in the future.

Another avenue is the UNICEF CryptoFund, which, as the first cryptocurrency-denominated fund within the United Nations, signals a big shift for the organization. It allows UNICEF to consider how to use digital assets as digital assets in and of themselves – not converted into dollars.

“The organization now has the muscle memory to be able to have the conversations around digital economies,” says Lomazzo.

“It’s showing us the possibilities to give groups of people access to financial services they otherwise haven’t been able to access.”

Her interest in blockchain and digital currencies began during a stint as a research assistant in 2015 for former Ivey professor J.P. Vergne, who was researching cryptocurrencies. It was cemented after Lomazzo wrote a paper during a semester abroad in Santiago, Chile, in which she looked at how banks were responding to crypto and blockchain.

“The research assistant position and the paper that I got to do under his supervision really helped me build the basis so that, when I went to Deloitte, I started the public sector blockchain practice, and that was because of the experience that I’d had through Ivey,” she said.

“If it wasn’t for J.P. and that experience, I don’t know that I would have had such a major shift into the blockchain and crypto space.”

Lomazzo also credits her time at Ivey with teaching her to think on her feet and develop the resilience needed to work in field dominated by emerging technology.

“The fact that you have to make decisions with incomplete information all the time and on a regular basis is great preparation for the real world, where you’re constantly adjusting as you go along,” she says.

The overseas aspect of the CEMS component has also helped her navigate the current COVID reality where teams have to be built and managed digitally.

“Having empathy and being able to relate and look at perspectives that are not North American perspectives was really important to me and I really got that through the program,” she says. “In some ways it’s prepared me a bit better for the COVID world.”

As she continues her work with UNICEF, Lomazzo is also watching the broader implications of crypto currency for banking as a whole, at a time when central banks are exploring blockchain in a serious way.

“That’s incredibly powerful when you think about traditional banking systems. We’re just at the cusp of what we’re going to see.” 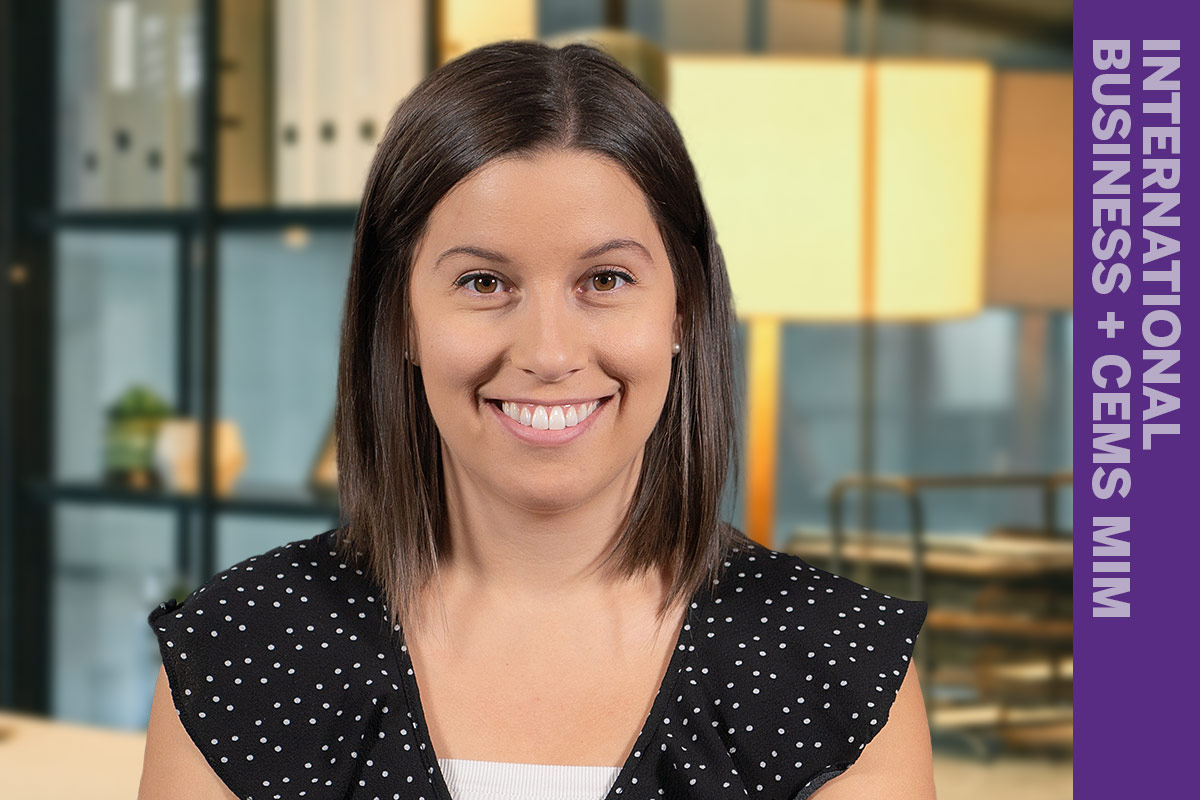